Founded in 1939, the Moon Run Volunteer Fire Company was started by half a dozen men with a desire to make the area safer. The fire company's beginnings are a little peculiar. Mr. Thomas Karabinos provided the following information from his memories of "The Crazy Club". Willie Stanislaw, an accordion player, and William "Buttles" Zigmond, a drummer, started up a band. They began holding dances at the old Slovene Club on McKees Rocks Road. They called their band "The Crazy Club". The name was quite appropriate; their purpose was to liven-up the neighborhood and have some fun. The year was approximately 1934. Paul Lesko became treasurer for the group, and he and Albert Kanuch decided the funds should go towards a fire company.

The History of the organization of the Moon Run Volunteer Fire Company of Robinson Township provided by the Financial Secretary, Steve Kanuch, from the Club Records.

The First meeting held on August 21, 1939. The first President was Mike Banas,  Vice President was Joseph Grills, Lawrence Kanuch was the Secretary, and the Treasurer was Ernest Butya. Their were three Trustees, Henry Arch, Albert Kanuch and Paul Lesko. Frank Hanlovich held the Fire Chief position, John Kirchner was the Assistant Chief, Valentine Uranker was the Caption, Steve Dezulovich was the Lieutenant, Andrew Masley was the 2nd Lieutenant, and John Haser was the Chief Engineer.

Charter for the Moon Run Volunteer Fire Company of Robinson Township had been granted by the Court of Common Please of Allegheny County on March 29, 1940; and was duly recorded in the office of Prothonotary and Recorder of Deeds of Allegheny County.

A down payment of $300 for a used fire truck from R. Turner, a Bellevue Triple Comb. Seagrave pumper. The truck was purchased at the June 6, 1940 meeting.

The fire department purchased a lot with 100' frontage on the Old Steubenville Pike, next to Kebe's property from the Pittsburgh Coal Company with $100 down and the balance of another $100 to be paid in 30 days.

The first recorded fund raising calendar for the fire department was printed in 1942. Street Fairs were held yearly, on the Simms Lot, now next to Somma Funeral Home. The Moon Run Fire Department purchased the Summit House on Steubenville Pike (Rt. 60) from the Schaffer Family. The total of the first mortgage payment made on May 31, 1946 was $250.

The first new fire truck purchased from Holland Chevrolet Company of Carnegie Classics 1947 Chevy price was $1 ,873.90. It had a standard Buffalo Body with a 500 gallon pump, a midship make and a 150 gallon booster tank, which cost $4,310.

The old Summit House Hotel was purchased by the Moon Run Volunteer Fire Company and is used as offices and a meeting place by the firemen. Added to the back of the building is a banquet hall used for fund raising events. 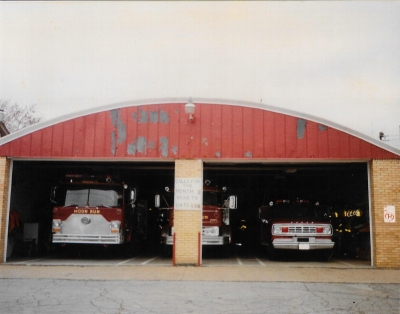 The Moon Run Volunteer Fire Company sponsored a soccer team of mostly firemen in August 1948. The Manager and President of the soccer team was Max Sella and the Treasurer was Paul Lesko. The team name was the "Moon Run Firemen's". Black and red uniforms were worn. They played in the Panhandle Senior League.

In the Mid 50's, the fire department remodeled the dance hall of the Summit House. A new wooden dance floor was installed, new lighting was put in along with a new kitchen and bar.

The hall then was used for Polka dances. Some big time bands were featured at the dance Hall. People from all over Western Pennsylvania, Ohio and West Virginia came to dance and listened to tunes from the Frank Yankovic Orchestra.

The hall is presently used for dances,. The hall is also rented for weddings, anniversaries, graduations and benefit dances. The Moon Run Volunteer Fire department also has fund raising events for the benefit of the fire department. Firemen, Tom Somma, had several successful Dinner Theater performance to help raise money for the fire department

The fire department purchased in 1962 a Mack Thermodyne Diesel Pumper; the first of its kind in Pennsylvania. The pumper has been refurbished and is currently still being used.

Today, the Moon Run Volunteer Fire Company has 30 volunteer members. Membership is open to anyone 18 years of age and older; who is willing to give their time. Junior members are between the ages of 16 to 18, and their primary function is to assist the trained firemen. All volunteers attened a minimum of 166 hours of training through the Pennsylvania State Fire Academy and then move on to various hours of other training, such as but not limited to technical rescue, incident command, and advanced fire fighting.

Who benefits the most from the Moon Run Volunteer Fire Company, are the residents of Robinson Township. Having an all volunteer fire company saves taxpayers a bundle. These men who give their time, deserve support. There is no comparison between the amount of a donation requested by the fire company and the cost of tax millage. One is voluntary, while the other is mandatory. Next time the local fire company is collecting donations, consider the value of your dollar receives. Aside from collecting donations, the firemen also hold benefit functions. Camaraderie is a big part of what makes a volunteer fire company work well. Their benefit functions serve as the meeting grounds for fellow firemen and the community.

The new station has been built next to the building that we use as our club and meeting area. It once was known as the Summit House. 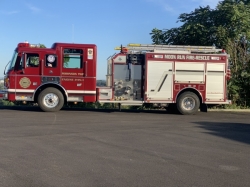 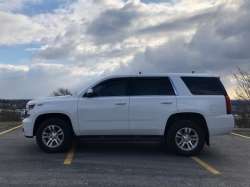 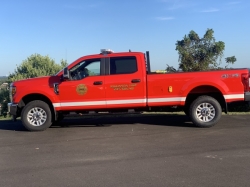 Copyright © 2006-2021. YourFirstDue Inc. All Rights Reserved. Designated trademarks and brands are the property of their respective owners. Content on this web site is supplied by Moon Run Volunteer Fire Company. YourFirstDue Inc. cannot be held responsible or liable for any content, text, pictures, or any other media found on this web site. Maintained by the members and staff of Moon Run Volunteer Fire Company.
Management Login
Powered by